Do you ever wake up and feel like eating breakfast with the wind in your face?

Wind and a chance of rain didn’t stop us from enjoying doughnuts and breakfast burritos. 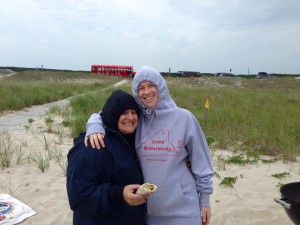 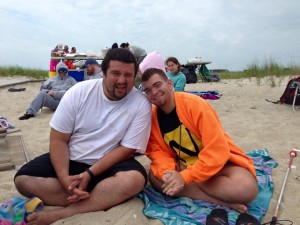 Keenan’s rocking Peter’s favorite color: a match made in heaven. 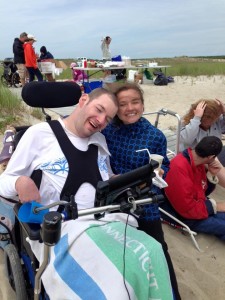 Matt and Jackie smile into the wind.

Afterwards, we headed back to camp for some classes, which we were mostly too busy enjoying to photograph. They included such gems as yoga/bro-ga, computers, and flower planting. 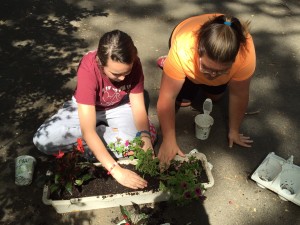 Kenny and Annie beautify the grounds.

Most importantly, however, we prepared for the SHARKS GAME!!! Since Maggie wasn’t there, we all really had to bring our A game. 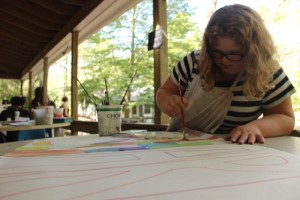 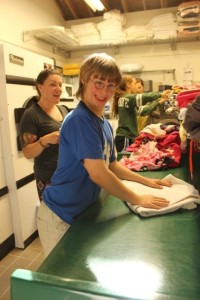 Skye, Seth, and Merry did not one, not two, but THIRTY FOUR loads of laundry! Cabin duty salutes you.

Take us out to the ballgame… 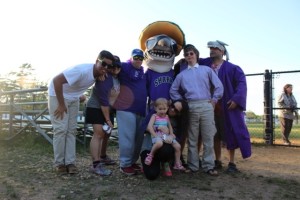 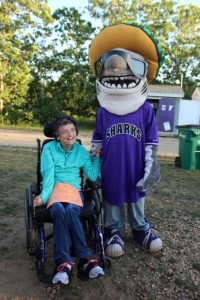 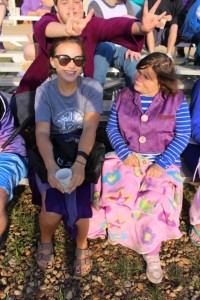 Hope and Hillary stay warm and rock their purple duds. 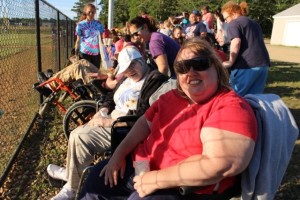 Faith and Nancy are well accessorized, to say the least 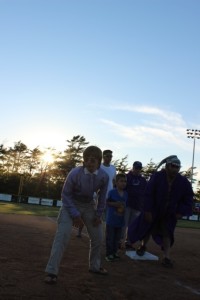 Skye in the lead during a race around the bases. 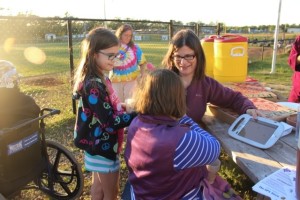 THE HOS ARE HERE and hangin’ with Hillary 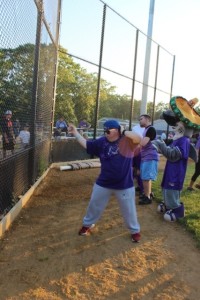 George leads us in a midgame YMCA. 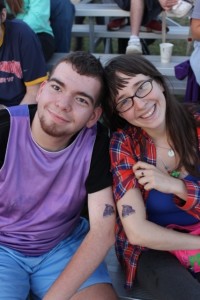 Matching tats for Keenan and Rosie. 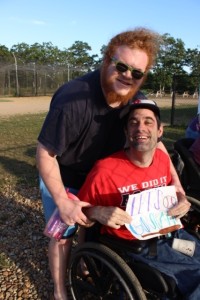 Jeff and Stanzler root for the home team. 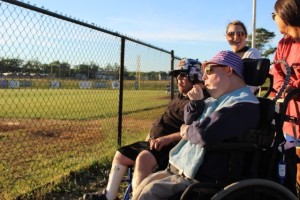 Dick “John Lennon” Sexton and George take in the game. 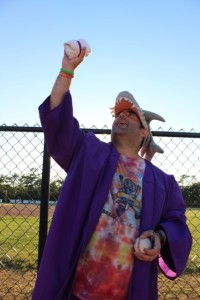 No one deserves a game ball more than this #1 fan. 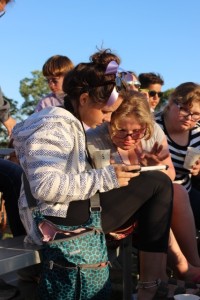 Jackie and Julia work on communicating using an iPad!

When we left, the Sharks were leading 10-2, thanks mostly to us.

It was another beautiful day in the most beautiful place in the world.

P.S. Marie, Paul, and Myles BH attended a fundraiser in Hyannis hosted by Marie’s parents. By all accounts, it was a roaring success. Thank you, Gadboises! 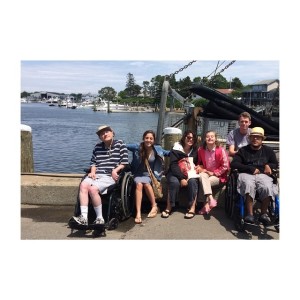