Home
/
This is a food blog now.

Camp Jabberwocky June 24, 2013
Today was a day where we ate, cleaned, and collected ourselves. But mainly we ate. 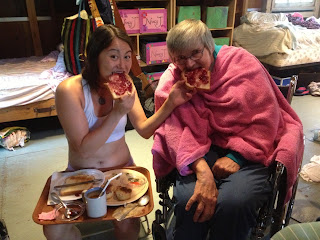 Some of us went to Oak Bluffs for lunch where Nancy’s Restaurant so kindly gave us a free lunch of grilled cheese, hot dogs, and chicken fingers! Thank you so much, Nancy’s! 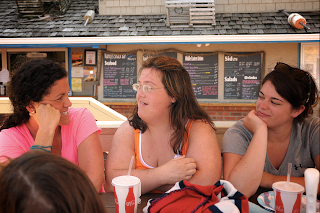 Liza, Kendra, and Maggie had a great time catching up on girl talk, most likely about boys. 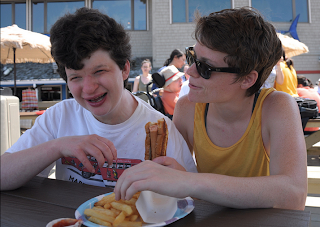 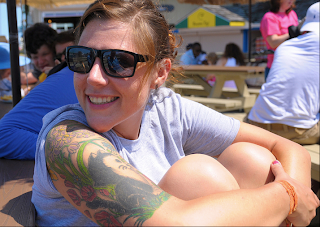 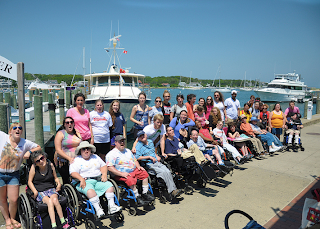 Then we all crammed onto the pier for a group picture. We lost a couple people in the back who fell in, but we fished them out once we were done looking really really attractive. 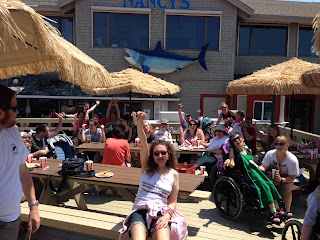 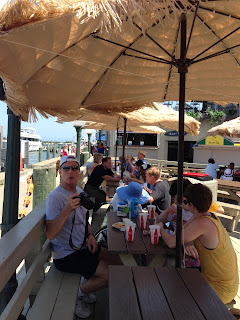 The other group got to go with the magical KIM HO into Vineyard Haven to get lunch and explore the shops. Most groups just went to look at silly t-shirts and stuff their faces with ice cream, but Nancy and Nancy wanted to go get their ears pierced, with the moral support of Faith and Patty. Nancy C got her cartilage pierced, and Nancy J found out her ears were still pierced, so she bought a nice pair of earrings and matching necklace. And Faith bought a new stud for her nose. Patty decided that she didn’t want anything but to give support, so she sat in a rocking chair, drinking iced coffee and listening to Norah Jones. 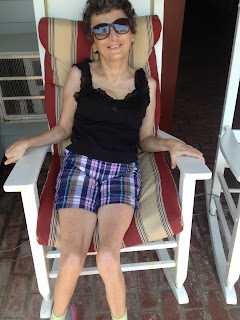 And Paul, Sam Stoddard, and others had a great time flying kites! After JoJo and Sam picked out the perfect kite flying hats, of course. 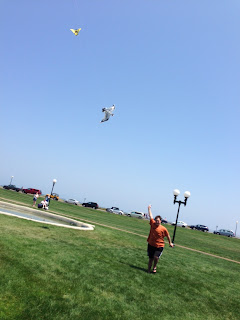 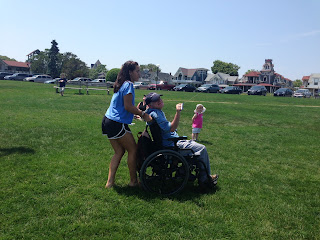 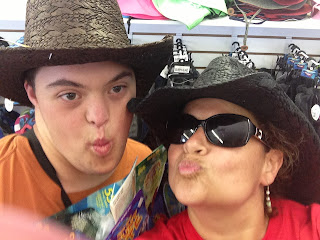 Whatta tough afternoon….
Then, as we were walking down the street we heard something. Something soothing, yet something that made us want to dance. Something moving, emotional, visceral. We turned a corner and found none other than the VINEYARD SOUND assembled and singing, many of them in the same clothes they were in last night! 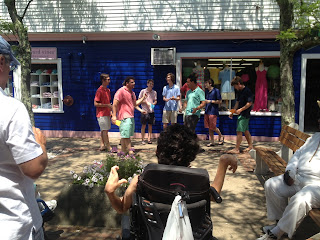 It was our lucky day! We followed them all the way down the street back to our bus, or was it the other was around?
Since we had let the first three days be filled with fun and the beach and exciting bathroom victories and we forgot to pick up our clothes off the ground and sweep our floors. So this morning JoJo and Sully announced that there was going to be a CABIN INSPECTION this afternoon. The cleanest cabin would win a glamorous, unnamed prize, so campers and counselors went to work dusting, bleaching, scrubbing, folding, and bribing to make their cabins the winner. We will let you know tomorrow who the lucky cabin was! 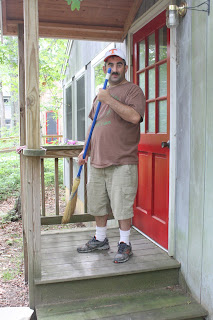 Seth was keeping Gyre and Gimble in tip top shape. 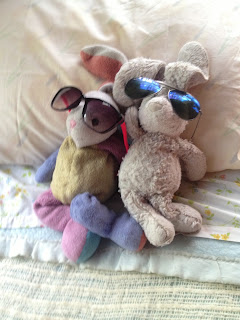 Harry and Linda are hanging in style in the very-clean Mimsy cabin! 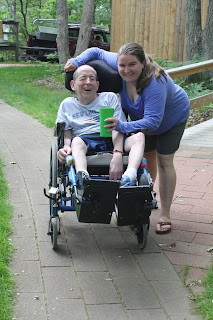 Manny was being waited on hand and foot by Kaitlin, one of his favorite ladies. 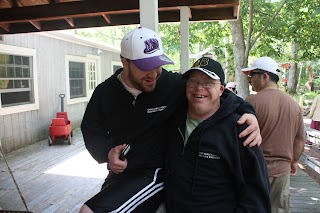 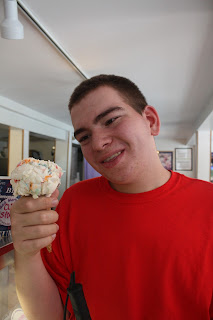 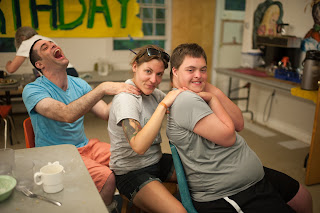 Everyone’s getting a little sore, so back massage chains are popping up everywhere. Friends gotta have friends’ backs, after all.
Here are a series of photos that Matt took on his iPad, including some selfies with his BFF Jakob. 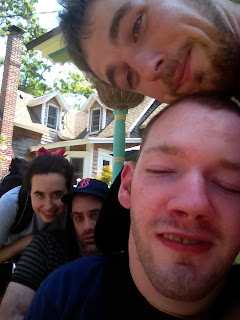 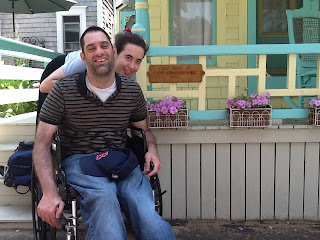 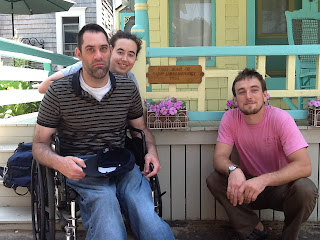 We also had the Sorting Hat tell us what team we were in for COLOR WARS!!!!!!! Which start tomorrow. Here are some pictures of the soon-to-be-winning team, the faBLUEous members of the blue team… and also a picture of Beth with a leaf on her head. Awkward, Beth. 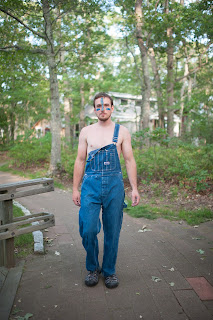 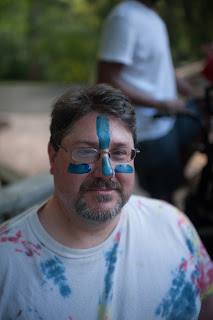 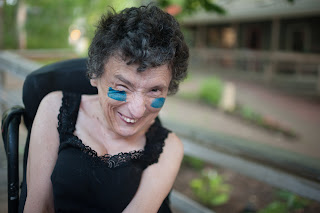 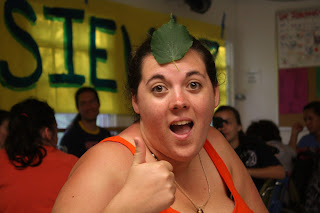 And tonight, after eating even MORE food, including homemade hummus and falafels (jealous?), some of us went with our dear friend Elke and her family to the pottery cabin to participate in a master pottery class! Elke came to help out, and David took the opportunity to snag her as a prom date! 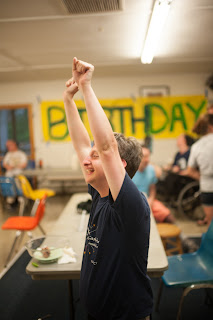 YAY David!
And those of us who don’t consider themselves master potters went to the studio to watch Sister Act, which is a fantastic movie that has everything you could possibly want in a movie, and literally everyone enjoyed it. 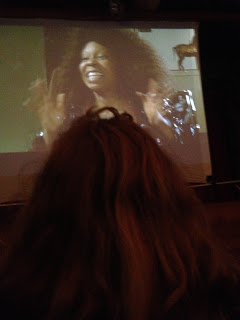 Tomorrow we have our first day of horseback riding AND drumming on the beach, so get excited for a buttload of pictures!
ps Josh is making ribs. (double jealous?) 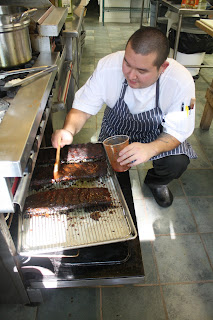