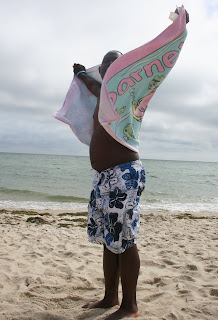 Getting ready for a n(ice) morning swim! 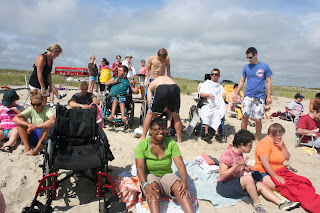 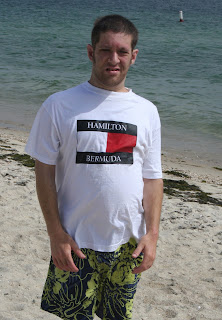 Watch out for Craig!! Is that finger loaded? 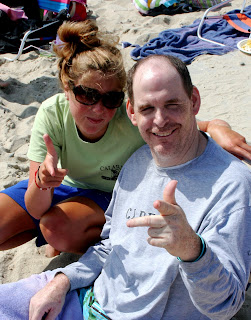 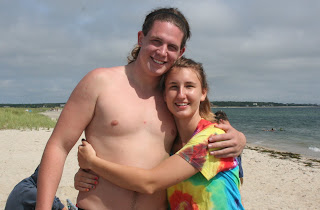 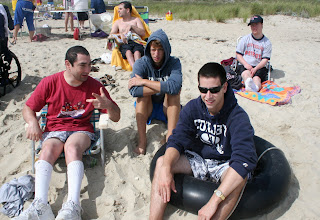 What are you doing Peter? Is it warmer up there? 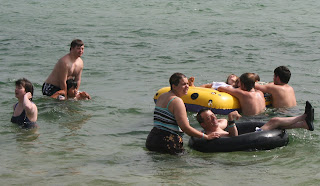 Jamming out on the beach….to HANNAH Montana? 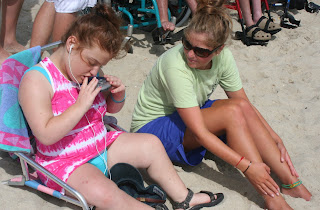 Mass chaos in the Atlantic. 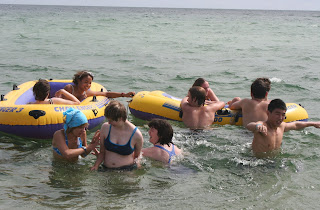 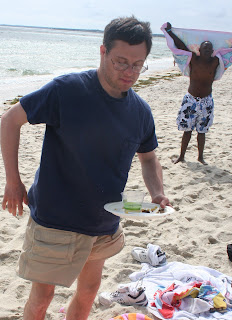 After the beach we dragged ourselves and peanut butter and jelly sandwiches to the annual FISHING DERBY, where we get soda/pop/coke/soda pop/carbonated beverages (FULL OF CAFFEINE AND SUGAR)….and…….T-SHIRTS!
We like Fish Kissing. 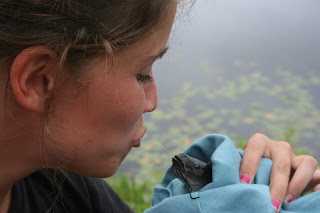 Total bummer when you don’t catch any fish….
…and when the person behind you catches 4. 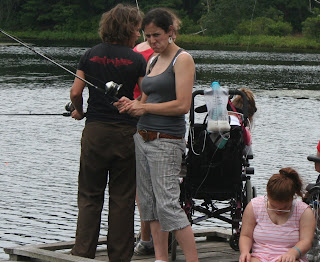 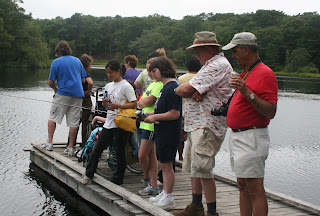 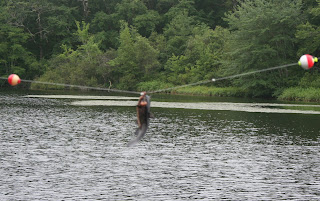 Watch out for those catfish barbs! We only had three non-life-threatening catfish injuries. 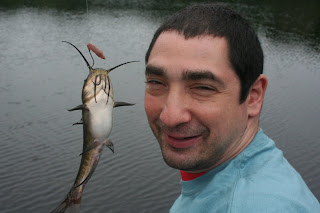 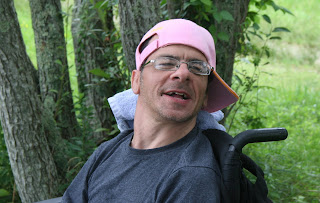 Woaahh! Look at that fish! 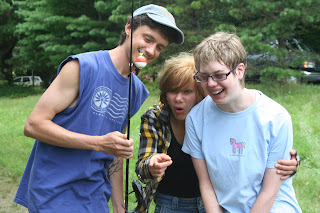 Way to go Miss Sarah! Lets fry that one up for breakfast! 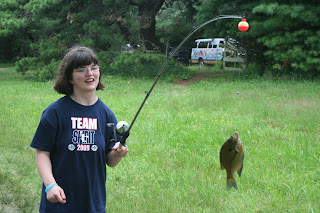 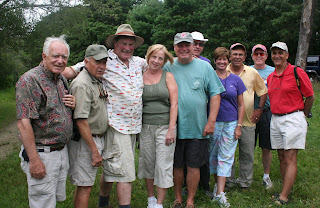