Well, we dodged a bullet with the rain this year. Reports had heavy storms coming in at 5pm, the exact time the parade was supposed to start. Would all our late-nite efforts be in vain? No, they were not! Hoo-ray! 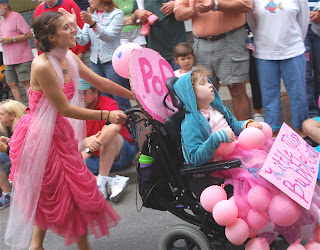 Before the parade began we were awarded the “Special Prize” which we thought was sort of a poor choice of prizes to give to Camp Jabberwocky, but perhaps we really are special, in the best sense of that word. We certainly weren’t boring, that’s for sure. You should have seen Hellcat, our 94 year old founder, ramming pedestrians with her motorized scooter. She even got tangled up with one of our wheelchairs. she kept yelling at us all, “Get out of the way!” There was no stopping her. 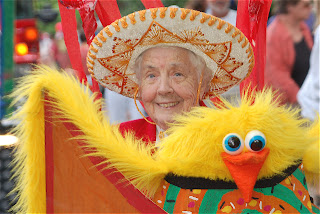 It was really a lot of fun to march through the streets of Edgartown and hear everyone cheer for us. We could feel the love! 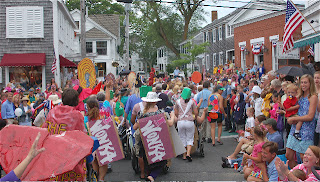 It was an adventurous walk through town, as usual. Besides Hellcat’s madcap antics, we had a wheel fall off a wheelchair, soiled pants, a hair pulling incident with one of the spectators, and one grand mal seizure (everything was fine – she got on the float and finished the parade!). So maybe they should have given us “Most Unusual” instead of that weird Special Prize. Anyway, here’s the rest of the pics… 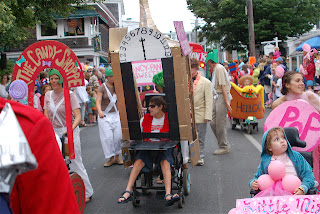 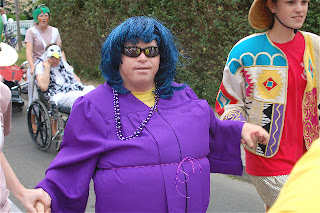 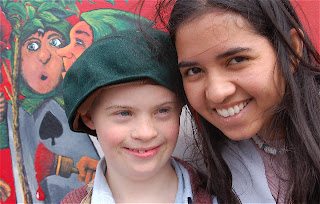 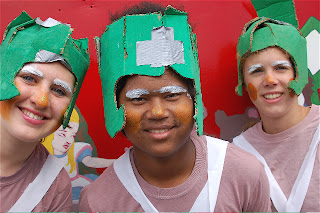 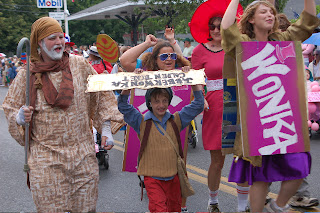 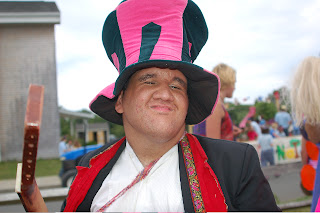 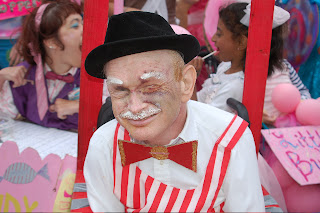