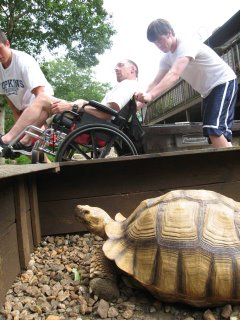 Last night a someone stuck a large beetle in Jo Jo’s desert. Boy was she scared! She jumped right up and screamed like a little girl. Later on she confessed that it made her happy that people were playing such pranks upon her. “That’s what the Jabberwocky spirit is all about,” she said. “Next time it happens though, I will unleash a can of whoop-ass you will not soon forget!”

Anyway, the beetle trick inspired us all to do a little more research into the world of creepy crawly things and we decided to use this hazy day to take a field trip to the internationally famous “World of Reptiles” in Oak Bluffs. Well, perhaps it is not internationally famous, but there are a few people in other countries who know it exists. Gus, the proprietor, was very friendly to us and let us all visit for free. This was a nice gesture which we really appreciated, especially after someone let one of the lizards out and it disappeared down Manny’s pants. Here is a shot of Manny shortly before that incident occurred. That’s a large snake next to him: 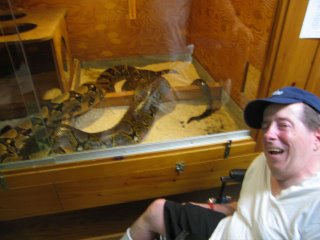 The room where Gus kept the snakes and lizards had a very peculiar odor. The funny thing was, many of us felt we had sniffed that unusual bouquet before. That’s when we realized that this place smelled just like Jub Jub after lunch. Here’s Jonah checking out the big tortoise: 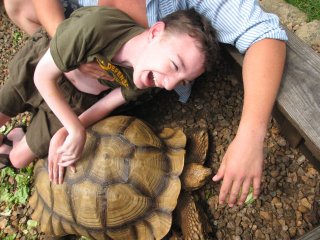 Ands here’s our group surrounding Gus after the tour. He’s trying not to look upset about what happened to that missing lizard: 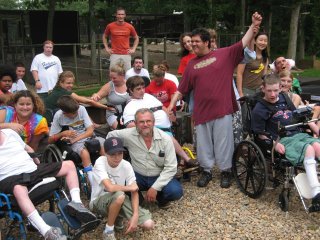 Here is Julius preparing to pounce on the tortise. He has lured the creature close using a yam as bait. “Tortise makes for good soup in Denmark,” he told us. He was unable to subdue this fellow though: 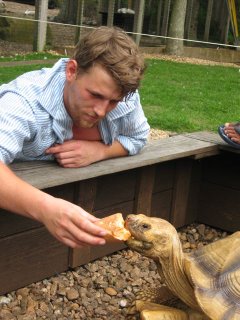 We welcomed some new friends to camp on Monday. Here’s Sean W. and John C. enjoying the World of Reptiles. They haven’t smelled the snake room yet… 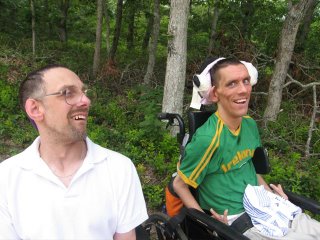 …and here’s Stephanie, a new Jabberwockian. This is her first time at a sleep away camp. She can dance like Justin Timberlake! Welcome Stephanie! 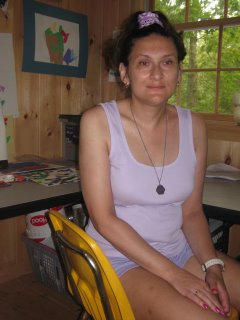 And here’s Beth! Boy were we excited to see her again! She and Cathy D. started arguing almost as soon as she walked into the cabin. “Cathy, you need to learn how to be quiet!” observed Beth. There are quite a few of us here who could use some lessons in that actually. 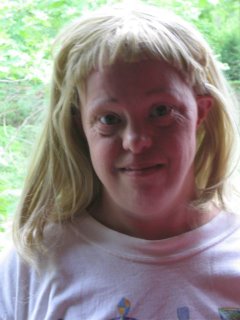 And here’s Madeline and Bruce. They’ve been in love for over twenty years now, seriously: 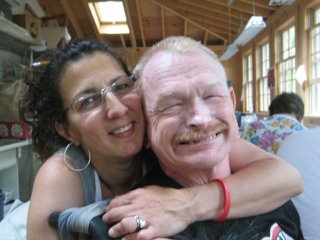