Camp Jabberwocky July 31, 2009
So our normal blogger is off to bed because she was upset about how her camera ruined almost everything she took. Tonight you get the pleasure of having her son and his friend write the blog for you. This is an example of a photo that caused my mom to go straight to bed. 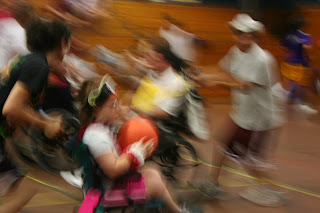 This morning we hit the putt putt stadium.  The owners let us get an hour head start before admission was opened to the general public.  You don’t want to get stuck in line behind Camp Jabberwocky.  Here’s some “hole in one” photos.
Phillip, Jeremy, and Taylor wreckin shop on the mini golf course. 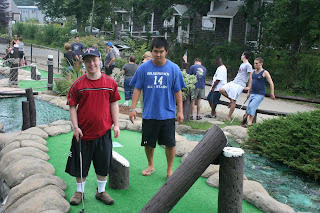 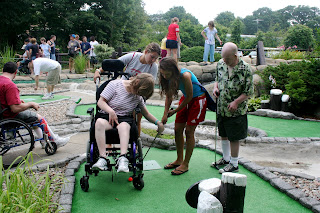 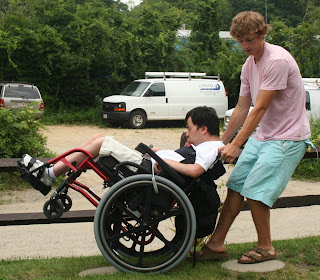 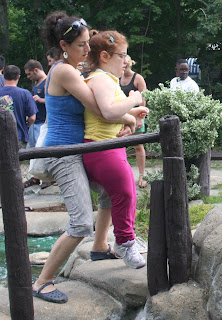 After lunch, we played an exciting game of Capture the Towel, also known to some as Capflag.
Kirk rescues Danielle from jail.  Go Red Team!! 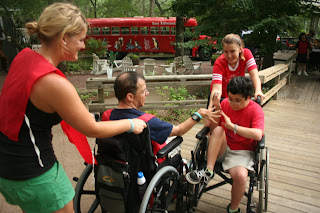 We were originally going to go on the Skipper, a fishing boat, but due to great gusts of wind, we decided to instead head to the local school and play basketball. These photos are a “slam dunk.” 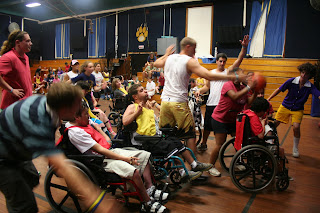 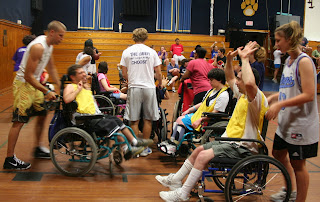 After everyone sweated a profuse amount, we all headed off to bed. Hopefully our original blogger, and the sun, will be back tomorrow, so we all can have a better day.
6