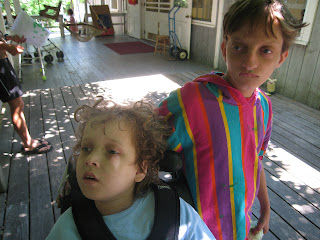 We woke up today and realized that the July 4th parade is only two days away. Oh my! So we all spent the morning painting various items for the big day. Many of us painted more than just the things we were supposed to paint and we spent a lot of time washing that off as well. Here’s some pics of the artists at work: 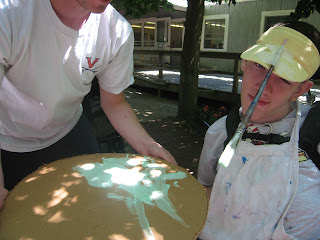 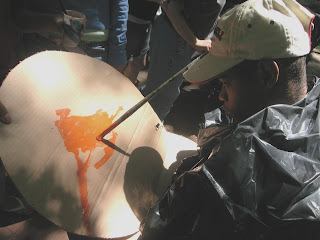 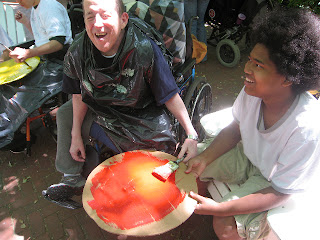 Elsie Bradford, the camp’s youngest member, came back from her trip away and she got a big kiss from Shirley. 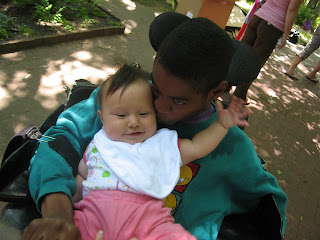 Actually, Elsie was the second youngest person at camp since Larissa Ho is a month younger, but sadly she and the other Ho’s left today. The two little girls did get to hang out together a bit in the morning though. This is how we carry babies at Jabberwocky: 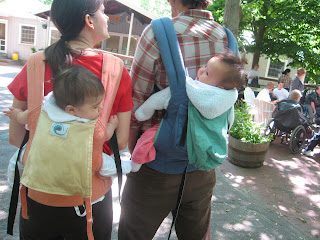 Like many of us, Elsie is working on her eating skills in the Main Cabin. She spits up just like some of us too. Good thing we have plenty of bibs. 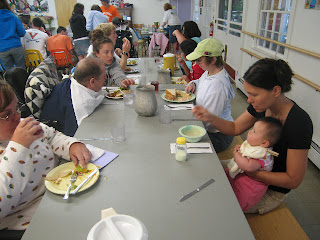 After lunch we had a long rest and then bundled up for an afternoon beach trip. We arrived around 4pm and commenced a rousing game of “Red Rover” during which many feet got run over by wheelchairs and a lot of sand was consumed. Here’s some pictures from that heated match: 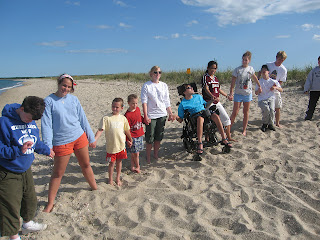 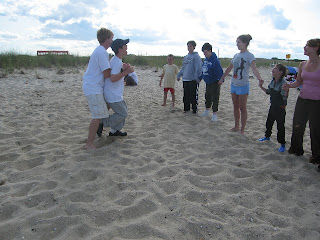 Then lots of people began to arrive for the increasingly popular Monday night beach drumming and cookout. We ended up feeding half of the island! But that was fine because it was a beautiful night and we ate as much flame broiled meat as we could and generally enjoyed each other’s company. Here’s new arrival Hillary Reston savoring a potato chip: 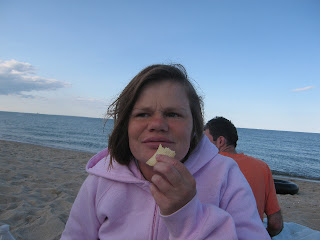 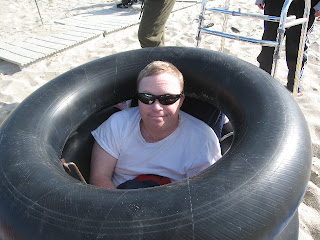 Believe it or not, Bruce’s eye is getting better… 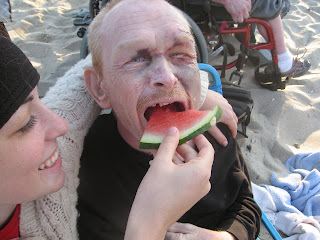 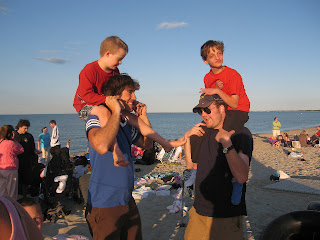 Towards the end of the evening a huge rainbow appeared. It was almost sappy how pretty it looked. We promise you this isn’t a photoshopped picture though. It’s just proof that old Camp Jabberwocky sits at the end of a rainbow. 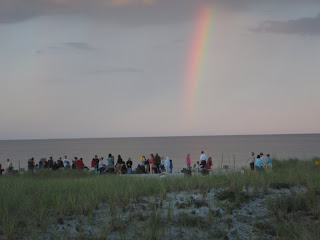