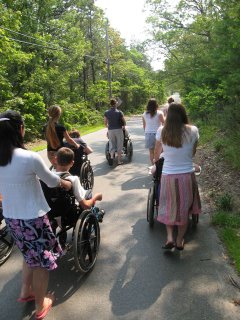 Today we all put on our Sunday finest and strolled down to Grace church for the services there. It was another nice day for a walk. When we got there the pastor gave us a warm greeting and the congregation cheered when he said “We’d like to welcome our friends from Camp Jabberwocky…” Skipper carried the cross into the church: 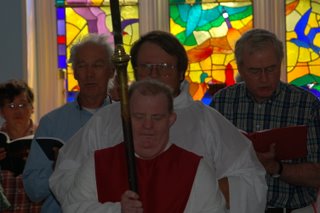 They used these special clay goblets for the communion which were made by campers at Jabberwocky. Melissa got a big mouthful of the blood of christ wine when the pastor came around and we wondered if she might have been feeling a little tipsy. Everyone behaved themselves during the services for the most part. Skipper plucked a dollar from the collection plate as it passsed by, but he put it back after we told him that money belonged to God. Hannah kept asking, “is it done yet?”. She couldn’t wait for the social hour afterwards. During that she tapped every person on the shoulder and said “C’mere.” When they did she asked them if they had enough gas in their car. It was a big concern for her. 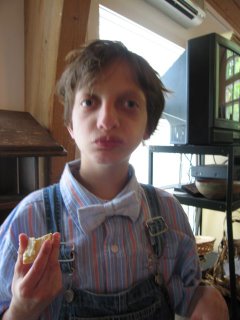 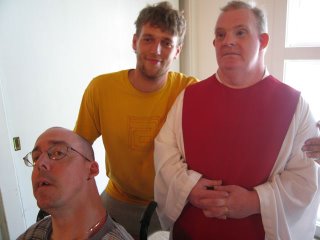 After church we had lunch and began preparations for the big 4th of July Parade. Our theme this year is “Carnivale” We’re not sure how that relates to the 4th of July, but we’ll figure that part out later. For dinner we traveled out the State Beach in Oak Bluffs and had another cookout. This time Rick and the drummers joined us and we danced around and fell over in the sand often. We’ll get some pictures of all that, but for now here’s some shots from Studio Night on Saturday. Everyone agreed that the highlight was the duet between Scott and Sierra: 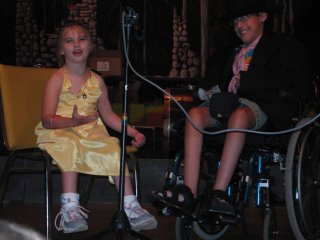 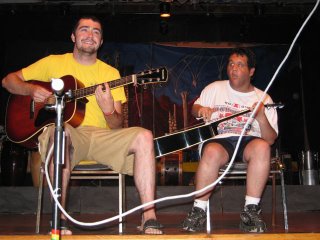 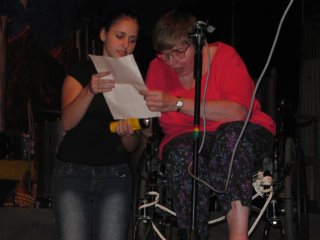 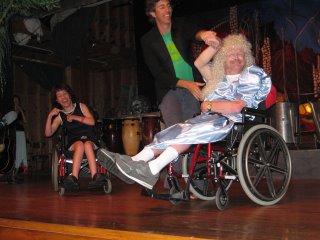 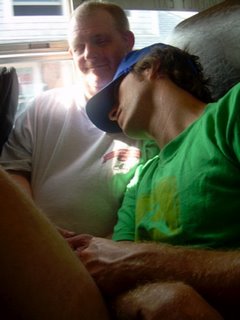