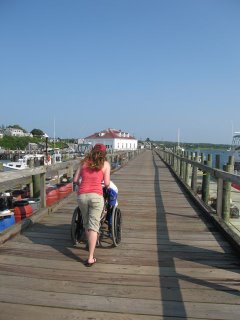 It rained hard last night but we were all warm in our beds. In the morning we awoke to a sunny day. A cookout dinner in Menemsha was declared and we set about making preparations for a romantic sunset meal at the other end of the island.

First we had a sports class where we all did our best at basketball: 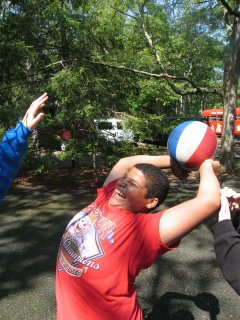 And then we played a little football. This is Jon kicking off the ball while David holds it: 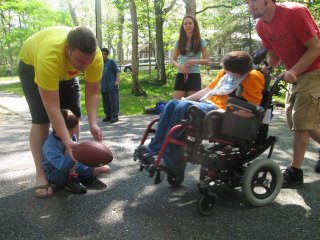 Tyrone led the sports class because he was a starting tight end at Colgate University this year. Here’s Tyrone sitting with David. Tyrone is the one on the right: 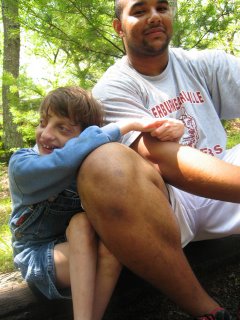 This is Jon and Jordan. Jordan is Jon’s cousin and he came here to help us learn about Jon and how to use his feeding tube. 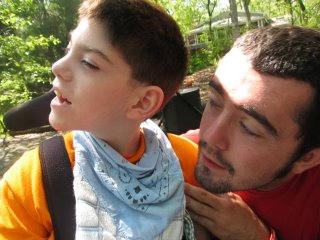 Most of the campers here eat through their mouths but some use tubes and this can be tricky business. Jordan is from Tennessee and he says this camp is nothing compared to the farms he worked at down there. Sometimes he’d be milking a cow manure would fly into in his mouth. “There’s not much you can do when that happens,” he said.

Here’s some pictures from the balloon making class: 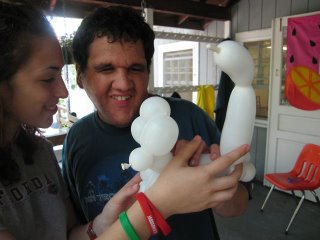 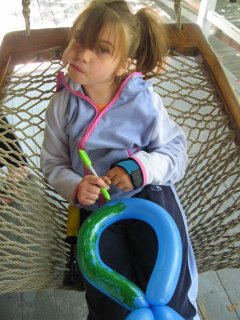 Once classes were over and lunch was eaten we took a short rest and then loaded up the bus to head “up island” to Menemsha. We spent the afternoon roaming the docks and looking for trouble. 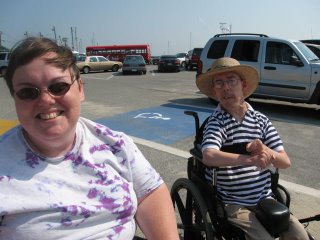 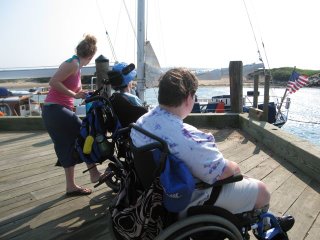 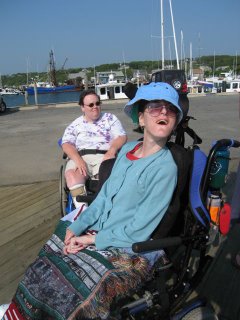 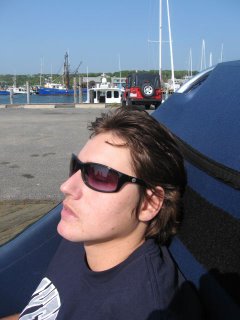 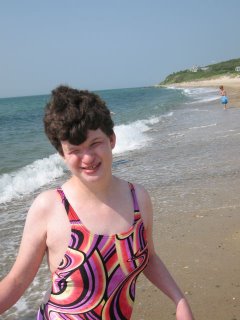 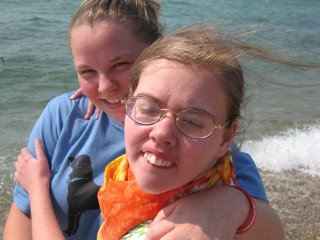 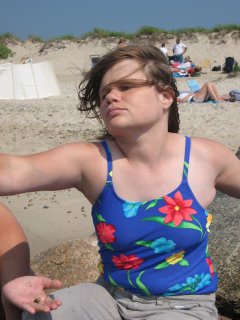 Finally it was time to eat and we all gathered at the water to chow down on burgers and hot dogs. Some of us ate veggie burgers too. We had watermelon for dessert. 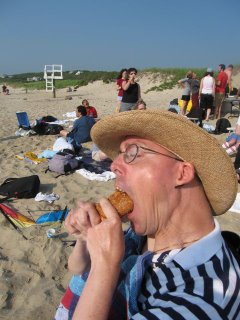 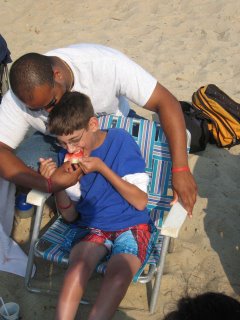 After dinner we played a rousing game of Red Rover. It was no holds barred, knock down on the sand kind of stuff. We ran hard and tried our best to break through the chains. Lief stunned us all with his torpedo/battering ram technique. There was no stopping him! 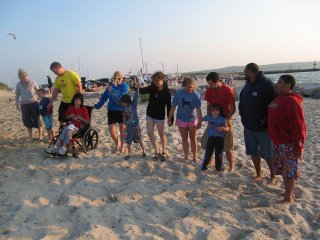 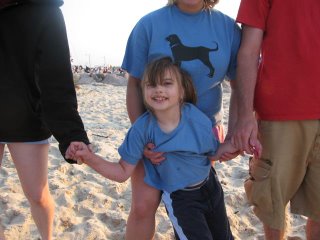 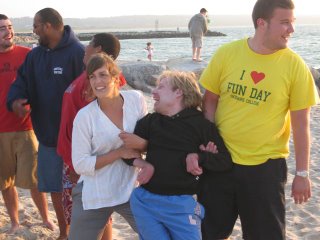 Finally, as the sun set away we loaded up the bus and drove home for showers, baths and bed. Zzzzzzz… 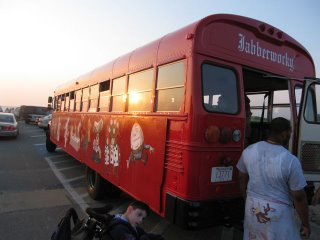 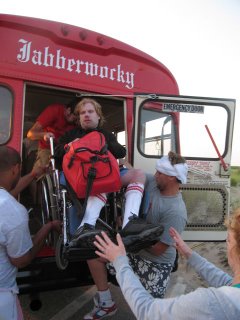 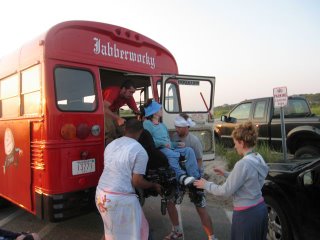 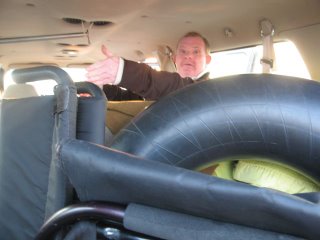